Rules to Live By 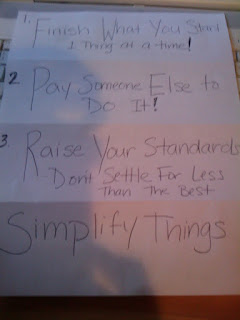 Had this list sitting on my desk for a couple days now, then I read This post by The Cheap Chic Momma and felt inspired to post it here.

My Life Is A Blender

I love to make smoothies and considered myself to be on a first name basis with the blender. 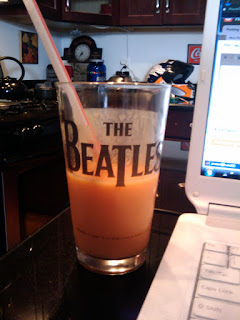 Today I greedily dumped a whole bag of Dole Tropical Fruit blend (which I love because it already has the bananas in it) and poured in some fresh OJ and the poor blendie was FULL (um I guess I usually do just 1/2 a bag of fruit!).So, I started it up and gradually increased speeds to 10, as usual. But the contents proved to be too much for it's speed limit of 10 (or so I thought) Don't know why but I hit the + button again and delightfully discovered MY BLENDER CAN GO FASTER THAN I EVER THOUGHT POSSIBLE! Made it all the way to the rip-roarin' speed of 18. Of course it SAYS right on the base that it's a freakin' 18 speed blender, but who reads those things anyway?!


So, my metaphor for life? Just when you think you're maxed out or have already reached your potential, push it a little more. You might be surprised to find you have a lot more power than you ever imagined.

Now how do I store the leftovers? I don't have any ice cube trays b/c the freezer has an ice dispenser!
Posted by Kristen at 12:19 PM No comments:

Kristen
I am a wife and mother of 4. This blog is intended to be a point of inspiration, thoughtfulness and ideas.